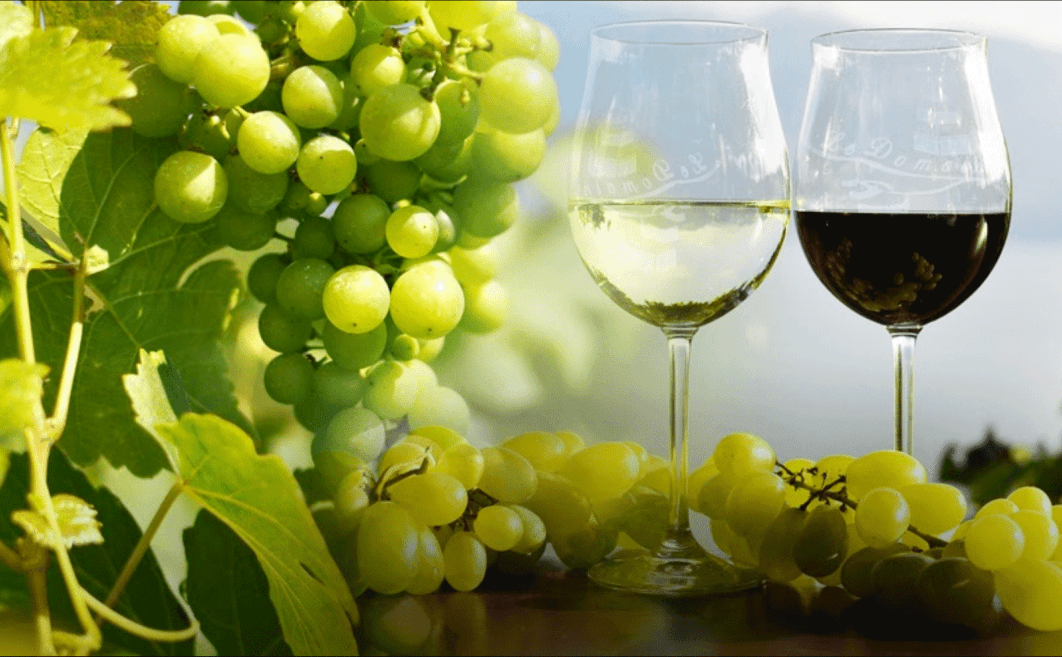 No herbicides, insecticides, nor chemical fertilizers in the domain vineyards in the last decade.

I arrive in my car and try to park without disturbing the car traffic or foot traffic at Domain Piccard. Jean-Christophe Piccard is sitting on his step tying his boot lace. “Vous êtes arrivée au bon endroit?” Are you in the right place? he asks me.

I remind him I made an appointment to interview him for our marché. He hits his forehead with the flat of his hand. “Mais oui. Bien sur.” He guides me (and my car) one meter further into his driveway. I ask how do I turn around? There is a tree and gates in front of me.

He motions to the 60 degree incline I have just driven up: “You go back the way you came.”

I glance down the slope, shrug my shoulders, and decide to worry about reversing down the incline later.

We have a few more formalities. Who I am. What I am trying to do. Why I want to interview him.

He listens. We sit down at his kitchen table and I just start: “So. Tell me about yourself,” I say. Then laugh awkwardly.

He is gracious at my awkwardness and starts to describe himself: “I am Jean-Christophe Piccard. I am the wine grower and wine maker and wine cellar.”  I smile as I realize in English, I can play with the words: wine cellar and wine seller.

I asked him about his wine, as generically as I asked my first question: “Tell me about your wine.”

We start with his L’ANTHROPOCÈNE (his domain Chasselas). He picks out a bottle from the counter top and I am immediately drawn to the name and the label.

The term anthropocène refers to “an informal geologic chronological epoch that serves to mark the evidence and extent of human activities that have had a significant global impact on the earth’s ecosystems.” Notice the larger part of the label represents the other geological epochs OR it could be a contemporary rendition of a bunch of grapes themselves. BUT…look closer at the label. He has added a poetic word cloud with terms: Messager du temps. Pont spirituel. Dimension humaine. Culture locale. Respect de l’environment. Philosophie de vie. Eveil créatif. Culture. Vertu. Production responsable. Agent communicatif. Economie locale. These words describe his efforts to make his wine represent more than the land it was cultivated in but also his efforts in his vineyards and his philosophy.

Made from less than a kilo of grapes per vine and grown in harmony with its environment, I believe his Chasselas is intense and aromatic, bursting with nature. It is a responsible product and beautifully packaged to boot!

We move onto CHARMILLION, originally his father’s recipe for a blend of Pinot Noir  and Gamay. He expands on the historic importance of this wine: It was the first wine released directly to customers in 1962. In 2007, he added a touch of Garanoir to the recipe which he says makes your pallette pay attention. His current release has 65% Pinot Noir, 32% Gamay, and 3% Garanoir.

I ask him about the name CHARMILLION. What does it mean? He laughs. (It was fun to interview him BTW…lots of laughter). He says it is an invented word: somewhere between charming and mignon–and it describes the wine: light, charming, refreshing, supple–with a slight surpirse (the Garanoir?).

The label represents four important things to him and his wine: his vineyards, the domain Piccard house, Lac Léman, and La Dent d’Oche (the pointy mountain on the left).  Artist and painter Eugene Rambert used to live in the house next door. He is said to have thought that THE only angle from which to paint that mountain, was from the top of these vineyards.

We finish our discussion with his version of Plant Robert (pronounced in French as plan robere) wine. He tells me that Plant Robert is a varietal unique to the Lavaux region origianlly established in the early 19th century. But due to modernization, it almost disappeared by the mid-20th century. A few passionate winegrowers in Cully saved it from vanishing completely in the mid 1960s.

He tells me A LOT of people think this wine is a private label for Robert Plant, the lead singer from Led Zepplin. He even has a story of this professional hippie (complete with a business card to prove his profession), who was in Switzerland for one day and his objective for that day was to find and taste some of this Led Zepplin wine.  Somehow, he ended up at Domaine Piccard and they shared a bottle of wine (or two) and a few stories.

Traditionally, he says, this wine is thinly structured and spicy in character. I ask him what makes his version different from  others. “Élevé en barriques—It’s aged in oak barrels. The oak gives it more shoulders.” (A direct translation but I like the visual.)

“Makes it more robust?” I offer. He nods.

Jean-Christophe Piccard is one of only seven bio vintners in the Lavaux region. Why don’t you come out and meet him?

About the author: Jen Burke

I love food & wine & being outdoors. Edible Switzerland is my passion project. Here I want to connect food lovers (locals and tourists) to the best resources we can find anywhere in Switzerland.

When I’m not working on Edible Switzerland or moderating the Foodies in Switzerland group or the #SwisswineLovers group, I have a digital agency for wineries with a few clients all over the world.